Pulse
Parenting 6 Ways To Help Your Child When Your Partner Moves Away For...

Partner’s moving away for work? Here are 6 ways that you can help your child.

In today’s world, it has become increasingly common for one parent to be working overseas and the challenges that accompany this change aren’t always simple. For parents and children alike, some serious changes in lifestyle takes its course as a result of such a change and it is important that we recognize them.

In particular, children between the ages of 1 and 5 are vulnerable to their emotional needs being overlooked at a time like this, simple because we assume ‘they don’t understand the change’.

Let’s look at a few practical ways that we as parents, can use to help our youngsters cope with this change

Although a young child between the age of 1 and 5 may not understand the specifics concerning his dad having moved overseas, he does very definitely feel the difference, especially in cases where a parent has been actively involved prior to the move.

Since your young child is still wrapping his head around this massive concept called ‘time’, it is a good idea to start speaking about and discussing the change that is to come, at least a week in advance.

From using an atlas to explain change of country, time zones, and travel arrangements to explaining how his daddy wont be there to take part in specific activities during the day, the talks can be done in the simplest form to help ease your child into the change that is to come.

This, in most cases is easier said than done, especially when work timings and time differences between countries become a significant hindrance. In cases such as those, I have found that using good old ‘postal service’ to send and receive letters, postcards, gifts and cards can be very thrilling and satisfying for a child.

If your child isn’t in a mood to communicate with his dad at a given time, do not force him to. Understand that he may be expressing anger and sadness at his dad being away, and that is alright for him to do so. Giving him a safe place to express such emotions is crucial to him dealing with the change in a positive manner

If you, like me, aren’t really the sort of person, to frame pictures and hang them up, this would be a good time to get started. Having visuals of fun family times in your house, will encourage your young child to talk about the pictures which in turn can help him remember and speak about his own feelings.

Having said all of the above, I must say that there will definitely be difficult times. Your child may, show behavior disturbances in school, develop sleep and eating disturbances, or become ‘clingy’ and irritable. Expecting this behavior to happen and being comfortable enough to allow them to take their course is equally important as is actually helping your child get through them.

Be as real as you can about the change and you will avoid much of your own personal turmoil. 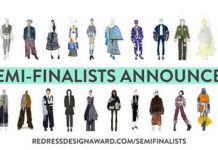 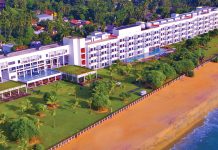