Signal has been a protector of the Sri Lankan smile for over 6 decades. Signal was the first brand to introduce fluoridated toothpaste in the market and has been taking many steps to reduce dental caries in the country, being true to its mission of moving towards a cavity free nation. The brand has been partnering with Sri Lanka Dental Association (SLDA) for over three decades ensuring that afore mission is accomplished!

Sina Bo Wewa engagement platform was launched in 2004 and has reached over two million of Sri Lankans through its free dental camps that has been held across the country. The brand holds two Guinness World Records for the “largest collection of smiles” and the “largest dental screening in one location” and has also been awarded the Personal Care Brand of the year for three consecutive years at the SLIM Nielson People’s Awards. Signal is the only oral care brand in the country that holds such accolades. In 2017, the Sina Bo Wewa initiative was re–launched taking it to the next level by getting 12 celebrities who are famous for their smile to invite Sri Lankans to pledge with a smile for a cavity free nation, and in 2018 Signal Sina Bo Wewa selected the country’s first smile ambassadors to take the Sri Lankan smile around the world.

2019 is a significant milestone for Signal since it celebrates its 60th anniversary! Therefore, Sina Bo Wewa this year was launched by bringing the entire nation together through various art such as, Kolam, Masks, Gokkala, Wood carving, and Laksha, representing all parts of the country and the art of smile which is common across Sri Lanka. These forms of art are unique to the country and are world famous.
Three limited edition packs were launched depicting three different forms of art and each pack will contribute 50 cents towards the betterment of oral hygiene in the country. This year, the campaign was launched on 4th of February coinciding with Independence Day and famous celebrities such as, Malani Fonseka, Jackson Anthony, Rookantha Gunathilaka, Saranga Dissasekara, Hemal Ranasinghe, Dinakshie Priyasad, and Raveen Kanishka also joined hands in celebrating the art of Sri Lankan smile.

We applaud these initiatives to celebrate, protect, and preserve the art of Sri Lankan smile. 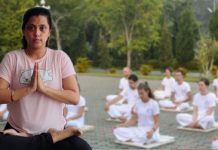 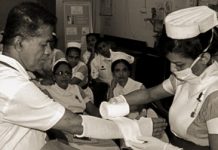 A Glimpse into the Reality of Healthcare Workers during COVID-19