Pulse
Everything else.. Birds Endemic to Sri Lanka

Sri Lanka is famous for being a biodiversity hotspot, with many beautiful and untouched natural sanctuaries that creatures large and small can call home. Among them are the incredible variety of small and unique endemics on the island, especially the endemic birds. Sri Lanka has 492 species of bird, and 34 of them are endemic.

The most recently discovered of the endemic avifauna on the list, as late as in 2001. The Serendib scops owl is a rather small owl belonging to the “true owls” (barn owls are a separate family). It was initially found out via its call, a soft poo-oo in the forests of Kitulgala, a famous bird sanctuary and important forest reserve. It is limited to the wet zone.

The male Sri Lankan junglefowl has become a national symbol of Sri Lanka for its incredibly vivid plumage. It is known from both the wet and dry zones, from sites like Yala, Sinharaja and Kitulgala. The female, like all gamebird females, is dull in colouration to camouflage herself in the undergrowth.

A beautiful pigeon with both bright yellowish and olive-green hues and dark wings. It also has brilliant deep blue eyes. The green pigeon feeds primarily on fruit in the trees. It is prevalent in the wet zone in forested environments.

Also called the Sri Lankan lorikeet, it hangs upside-down on branches with its strong feet. A stubby little parrot, merely 13 centimeters long with bright green plumage and a small red patch on its head as its primary coloration, the hanging parrot is well camouflaged among the forests of its wet zone habitat. It is more solitary than the more common parakeets in the country.

A bird with a restricted range in the hilly wet zone, the blue magpie is also the only endemic corvid (a member of the crow family) in Sri Lanka. The commonly seen “magpie” in our gardens is in reality the Oriental magpie robin, a member of the Oriental flycatcher family and is unrelated to true magpies. The blue magpie is a rather infrequent flier, even though it hunts primarily in the thick forest canopy. It is famous for its very stark deep blue coloration, brown head and deep red eyes and bill. It is capable of imitating the calls of other birds, and has been recorded mimicking predatory birds, mobbing them during attacks. The blue magpie was once featured on a 10-cent postal stamp during the 1980s and 1990s.

A dry zone endemic, this bird is typical for a hornbill with its habit of nesting in holes in trees. The male hornbill seals the opening of the hole with a door made of mud and other materials, with only a single slit for the female to breathe and be offered food. It is smaller and slimmer than the Malabar pied hornbill and lacks the distinctive bony crest on its beak.

A bird that lives in both the wet and sometimes the dry zone, this member of the cuckoo family is not easy to spot. It is secretive and prefers forested areas. The red-faced malkoha gets its name from the little crimson patch across its eye.

A large, brilliantly colored woodpecker with its bright red wings, black head and red crest, the red-rumped flameback truly lives up to its name. A very common sight in the wet zone. Flamebacks can be spotted even in urban gardens in parts of Colombo, where they may mistake

This small, dusky-blue bird appeared on the Rs. 50 note in 2010. Occurs mostly in the Central Province in the wet zone, between 600 and 900 meters and actually has pink eggs with brown spots. It is near-threatened.

A pretty regal-looking pigeon with a large, powerful build, the Sri Lankan wood pigeon is featured on a 25-cent postal stamp. It is mostly herbivorous and frequents upland forests. A wet zone dweller, this pigeon can be spotted at Horton Plains. Both the male and female are beautifully coloured.

Many of the endemics are from the wet zone of the island, roughly around the Western through to the Central and Sabaragamuwa Provinces. There are at least nineteen endemics at Sinharaja Forest alone. The geography here is unique, and the dense, humid tropical and cloud forests are like islands themselves, cut off from the rest of Sri Lanka. Here, endemic species can flourish undisturbed in small pockets of greenery where they make their living hidden from view. In fact, not all the endemics are even endangered. Instead many of Sri Lanka’s avifauna are currently thriving, with their conservation status in the IUCN’s least concern level. The Serendib scops owl, with its limited geographical range, is in the endangered category. Even the nocturnal habits and secrecy of this bird have not kept it from being threatened by human encroachment of its habitat. The Sri Lankan wood pigeon is currently vulnerable and the blue magpie is currently in the same position.

From pigeons and parrots to magpies, from the famous Sri Lankan junglefowl and even obscure nocturnal species like owls, Sri Lanka’s endemic avians might not always be easy to find but are a reward to anyone who does see them. The thirty-four species of endemic bird in Sri Lanka come in all shapes and sizes, and add to the incredible biodiversity of the country. 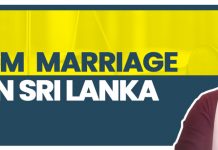 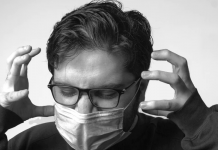 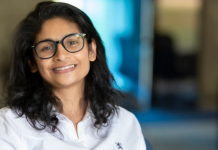