Pulse
Everything else.. Bet You Didn’t Know These Sri Lankan Philosophers!

Ever think about the reason we exist? Ever find yourself embroiled in a sinking sense of existential dread? Where will you find the answers to your questions? Who’d even take the time to answer? Look no further, the philosophers are here. With an existence as long as people themselves, there’s a philosopher for every question out there. But really, their existence all boils down to one simple thing; a love of knowledge. And you definitely won’t catch Sri Lanka lagging here.

Along with the Platos and Nietzches of the world, there exists a more elusive, but no less impressive group of philosophers. Unique in their approach to the subject as a whole, they are our very own abstract thinkers. Known for their ability to draw influences from schools of thought as diverse as Sri Lanka itself, their commentaries on religion, politics, academics, art and logic provide a profound look into the human psyche from a uniquely Sri Lankan lens.

One of the more famous of these pioneers is Ananda Coomaraswamy, a 20th Century metaphysician and historian who was viewed as an early envoy of South Asian culture to the West. Through his background as a scientist and firm intellectual, he represented a seldom seen demographic of Sri Lankans at the time who believed in the importance of literacy. Coomaraswamy also called for a re-awakening of pride in both Sri Lanka’s rich history and cultural heritage. He firmly discouraged the increasing Europeanisation brought on by British presence. He was one of the only figures to open this topic to discussion during a period weighed down by the hold of colonisation. He was also known for voicing his belief that “if you teach a man that what he has thought right is wrong, he will opt to think that what he has thought wrong is right.” A little something to tease your brain with, huh?

The theory of knowledge, a topic a lot of us should probably be more invested in, sees itself being brought to life by the commentaries of K.N Jayatilleke. Born in 1920, he served as a Professor and Head of Philosophy at the University of Ceylon, from 1963 up until his death in 1970. Viewed as one of Sri Lanka’s greatest minds, he was recognised internationally for his book ‘The Early Buddhist Theory of Knowledge’. This book details the links between traditional Buddhist concepts and more contemporary ideas. He made great efforts to convince the academic community as well as the general public that Buddhism could be viewed not only as a religion but also a system of thought that can influence numerous facets of contemporary society.

A true visionary that saw the intricacies of approaching academic methodology and sophisticated philosophical discussions, he will always be remembered as one of Sri Lanka’s earliest forward thinkers.

Philosophy doesn’t just exist for its contributions to academics but also in a wider social context. A philosopher fitting of such a description is Lynn de Silva. Widely known for jumpstarting the open dialogue between Buddhist and Christian communities, he aimed to unite both groups during a time of much division. He also focused on a tad more morbid topics like the study of death, delving into the age-old question of life beyond one’s demise. He speaks to the existence of a Purgatory like plane that serves as a place of cleansing before entering heaven. His studies even hinted at the paranormal. So, if you’ve ever thought there might be ghosts among us, you’re probably not alone – even a celebrated philosopher questioned it.

History is often lost in time and translation, but there are those out in the world who exist to set the record straight. David Kalupahana, a Sri Lankan born scholar, was one of those people. Known for his studies in the theory of language, he was widely praised for his ability to compare more texts with those from earlier times in order to contextualise and improve their validity. During his career, Kalupahana wrote more than twenty scholarly books dealing with topics such as Buddhist concept of causality, principles of Buddhist psychology, Buddhism and ethics, Buddhism and law, and history of Buddhist philosophy. Interestingly, he was also a student of K.N Jayatilleke. This was clearly evident as many of his published works focused on the history of Buddhist philosophy.

These four philosophers have touched on more thoughts and answered more questions than most people could even conceive. Ranging from history and religion to the human condition, they have left no stone unturned. As imposing as the legacies they’ve left behind may be, they are the foundation for the future of Sri Lanka. And it’s only a matter of time before we see a new wave of visionaries. So, aspiring philosophers and enthusiasts alike, put on your thinking hats – there’s a chance you might discover the next big thing.

Did we miss any intriguing Sri Lankan philosophers? Do let us know in the comments! 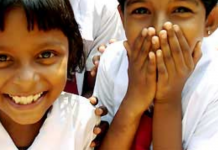 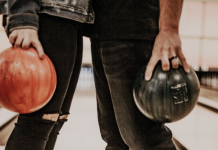